During late 2013, Wildlife in Need, Inc. presented a bold move to shift the paradigm of animal-human relations on this planet. Before this, it was given that animals under human care were only viewed by the public. Animals in the wild were subjected to atrocities by poachers and industry practices which decimated  their habitats to the point of extinction. Tim Stark began to shift that paradigm by offering the public the chance to interact with animals and the public was ecstatic. People from around the globe came for a chance to interact and play with animals that are classified as near extinction on our planet.

Meanwhile, the animal rights activists saw this as directly opposing their own world view. Their paradigm is to end all interaction between animals and humans, including your pets, and when the opportunities to play began spreading, they used their amassed wealth and our legal system to try and stop it. They began with a smear campaign based on a bear cub in which they used video from several different sources which they pulled about 10 seconds worth of footage, looped it, added sappy music and offered it to the world as proof of our abuse. Based on the false message in this short video, they pressured the USDA to begin giving us repeat citations so a suit could be levied. They positioned one of their animal rights activists as director of the USDA. Then they filed their own suit, not for the bear, but because people being able to play with tiger cubs was injurious to their philosophy. They had no interest in our animals. They wanted our Big Cats as part of the GFAS monopoly, but that’s a whole other article. When their suit was not going well, they enlisted the Indiana Attorney General and the media to create a whole other smear campaign. The Attorney General was eager for both a high profile case during an election year as well as the means to take the spotlight off his own lawsuits so false testimony from former volunteers, who had not seen our property for several years, are the basis for this suit. This group was an attention seeking lot that relished the opportunity to be on tv and cry for the public. However, when asked to detail their lies for the court, most of them dropped out. A few remain.

Indiana tax dollars are being spent frivolously on this suit. Absolutely no testimony was enlisted by the Attorney General from those still with Wildlife in Need, Inc. PETA personnel was called in to be part of the inspection team in March of 2020, as well as people from the Indianapolis Zoo, who supported us. Although this inspection did not validate the testimonies of the former volunteers, they are still pursuing the suit.  We need your voice to tell the Indiana Governor and the Indiana Attorney General to stop wasting tax dollars and drop this suit. We need your voice to relay what you have seen and when you were here with regards to abuse allegations made without evidence.

OUR SUPPORTERS MUST TAKE ACTION BY CLOSE OF BUSINESS THURSDAY, 8/6/2020. YOUR SILENCE IS A VOTE FOR ANIMAL RIGHTS ACTIVISTS. YOU DO NOT HAVE TO BE AN INDIANA RESIDENT. GIVING 5-10 MINUTES OF YOUR TIME IS A VOTE TOWARD CONTINUED ANIMAL-HUMAN INTERACTION.

We have facts proving each of the whistle blowers is lying. To detail it all would be a book, so here is a prime example of one of their lead ‘witnesses’. In an effort to profit from her mistruths, she has created defamatory apparel for sale in an attempt to garner support for her lies. She has listed nearly 70 of our animals as “killed by Tim Stark which haunts her every day.” Problem is, OVER half of them (hi-lighted orange) are still here, alive and doing quite well. We feature them on our page regularly. Others (red check marks), some of which are on her memorial apparel, have been transferred to new homes but she has made the assumption that because they are not on the premises, they must be dead. This includes the reptiles that she neglected to take care of after begging to be put in charge of them. Those reptiles were re-homed after she was banned from our premises years ago. The remaining animals passed in the barn fire in 2016, or passed under vet care (see legend on photo). The point is, her allegations, which is the basis for the OAG suit fueled by PETA, are at best the truth twisted so far that it is no longer the truth, or, at worst, flat out lies.

Jordan Jones posting lies for her own profit.

Her list of our animals who were killed. Over half of them are alive and well.

She is haunted by her own need for glory.

Her plea for public support.

This weekend, we will re-open our interactive sessions at Wildlife in Need, Inc. If you’d like to join us, advance reservations are required. We will have several different species of wild and exotic animals participating so click the link to reserve your spots!

We’re taking a break from our interactive sessions during this unusual time in order to protect our Animal Ambassadors, our People and YOU! Elmer, our Sloth, offers this advice: Find a sunny place and a comfy position and just breathe.

For the quickest updates on when we will be back in swing, visit HERE!

As for the others, here’s our only reply thus far.

Save the big Cats you’ve come to know and love at WIN!
Join our fight to win this battle against PETA. Click here to help now. 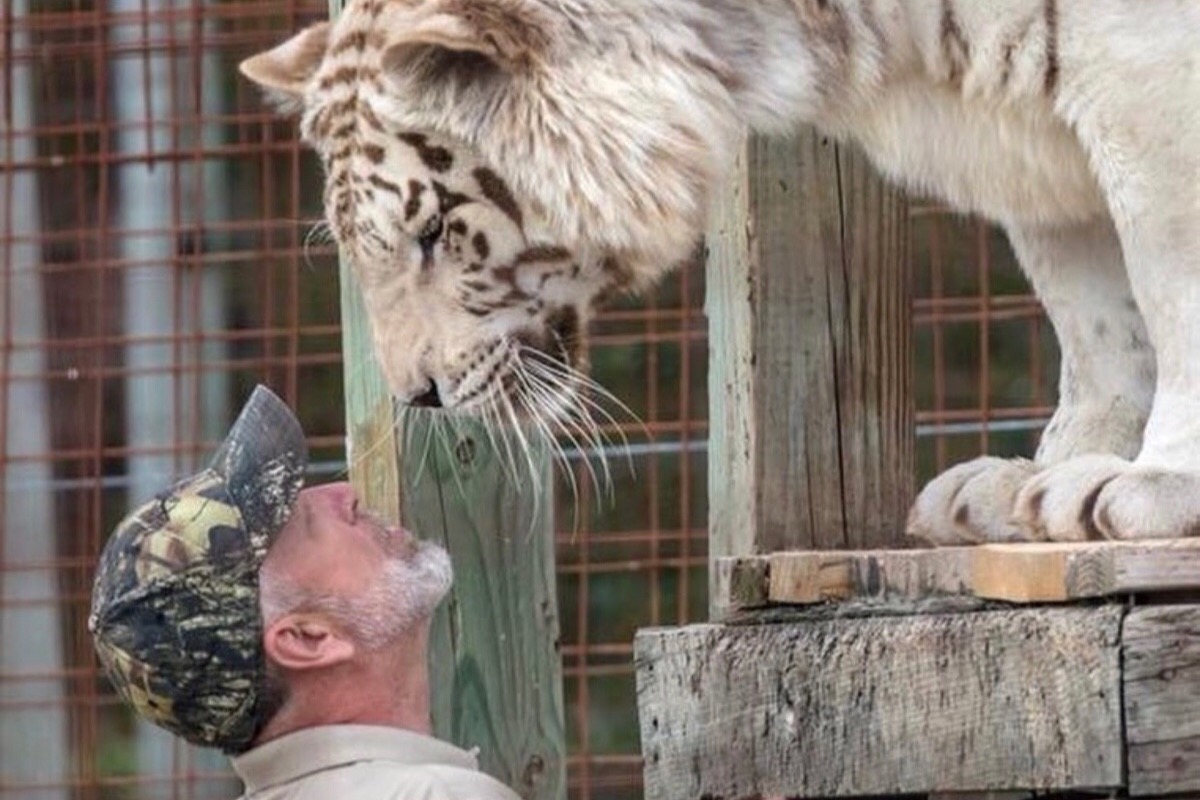 PETA is attacking the Animals we love with an erroneous lawsuit against us. PETA’s tactic is to use the court system to bully the Animal industry and we are one of their current targets. Their bottomless pockets enable them to use big law firms in an attempt to force our financial collapse through excessive litigation.

PETA’s goal in their case against Wildlife in Need, Inc. is to seize our big Cats and transfer them to PETA affiliated facilities for their own financial profit. As you can see on our site, we have some amazingly beautiful Cats. If they are successful, the result be the unnecessary deaths of many of our beloved Lions and Tigers, most of which have only known our facility as their home and our caretakers as their family.
PETA preaches that any Animals are better off dead than in the care and companionship of humans. This refers to all Animals, including your house pets, which they’ve made clear will be their targets in the future.

We are humbly asking for your immediate donations to fuel our legal battle. Any little bit counts. Any amount you can provide will be truly appreciated.
PETA needs to be stopped in their tracks. We are confident we have the information and determination to do so. Your donations will ensure we have the resources to bring them to a halt.

Thank you for reading and please spread the word. We are grateful for your help!

Wildlife in Need Inc. is a small 501c3 nonprofit organization in Charlestown, Indiana, dedicated to the rehabilitation and release of indigenous wildlife and providing safe harbor to an array of exotic & endangered species. We believe wholeheartedly in interaction with Animals that we love, and we educate the public about a wide variety of species and responsible ownership.

Here’s 3 reasons and one request:

Join us today for Louisville’s biggest day of giving. For 24 hours, your donation can be matched proportionally. We hope you will give $10 (more is certainly fine) and know your tax deductible donation will be increased only on this day, Thursday, 9/13/2018 from 12am-11:59pm. Follow the link to donate now. THANKS!

On weekends only for a limited time, you can meet and interact with some of our Exotic Ambassadors for a $25 donation per person. Reservations are required in advance and can be made at the link above. While we guarantee that many Ambassadors of different species will attend these interactive sessions, we cannot guarantee which will be at each session. This will depend on their moods that day, as our primary concern is our Ambassadors’ comfort levels. This is the reason we cannot answer the question, “Will the otters/sloths/foxes be at this specific future session?” As a fellow animal lover, we trust you understand.

During ALL sessions, please bring cameras fully charged because photos will be a welcome part of this ‘hands-on’ experience. You may take as many photos as you like (flash is ok, too) during any session. After each session, you may choose to have select Ambassadors posed in your arms for a photo taken with your camera. These posed photos will have an additional donation of $20, which will include any number of people per sitting and a two camera maximum.

Dress in comfortable, non-revealing clothes with no jewelry which dangles at all. Tennis shoes are good. We hope to see you soon!

After October 22nd, 2017,  Wildlife in Need will be closed for awhile. We will focus on winterizing, maintenance and construction, constantly working toward opening our entire facility up to the public. Please stay tuned for announcements. Thanks!

Our Summertime Funtime Tiger Baby Playtime + Fundraiser is going on for a limited time. Please click the link below for event details, times and reservations (required). Thank you for your support!
http://wildlife-in-need-inc.eventbrite.com